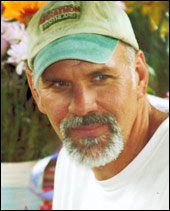 John's Tree and Landscaping started in 1985 with garden maintenance and tree services.  John Brace, the founder, worked from the ground up in order to create the business.  John's background was difficult: he was raised in a broken home and ended up on the streets at 18 years old.  For a long period of time he had nothing, and was forced to learn some difficult lessons.  However, after an encounter with God, John decided to pursue success, even though it had never been modeled to him before.  As a first step, John landed a job at Grandview Garden Services.  Warren Conners, the owner of Grandview, saw John's drive and capacity to work and soon taught him the tree trimming business.  After a few years of training, John launched John's Tree and Landscaping.  As his business steadily grew, John expanded his skills and learned more about his craft; he went to Mt. San Antonio College to study irrigation and landscaping.  In 2001, John received his certificate and was license by the state.  When John joined the CLCA (California Landscape Association) his business started to really flourish.

Through this entire journey, in the back of his mind, John always knew there was more he wanted to do to help others who also struggled in their lives.  John wanted to use his business for a higher purpose - he wanted to not only bring beauty to landscapes, he wanted to bring beauty to broken lives.  John made a decision to contribute both his time and a portion of his funds to impacting the voiceless and powerless, to those leftwith nothing.  In the last few years, this decision has led John's Tree and Landscaping to be involved in a number of projects, both domestic and abroad.

John's Tree and Landscaping is committed to one non-profit in particular, a Los Angeles based organization that is fighting for restoration all over the world.  The Justice Group is currently working with victims of sex trafficking, with child soldiers, with the adjudicated, with refugee and with orphans; the organization partners with communities and provides sustainable solutions in order to see people rescued, restored and living to their potential.  In the summer of 2013, John's family joined The Justice Group on a trip to Ecuador, where they spent time helping the disabled, visiting youth in prison, and feeding kids on the streets.  John is continuing to partner with the Justice Group, both with beautification projects and with a portion of proceeds from the business.

Another organization that is close to John's heart is a local school called Yattiyr.  Yattiyr is the Hebrew word for excellence, and the school's cornerstone is developing excellence in children, using holistic methods and a creative curriculum.  The students at the school are provided with both scholastic and emotional development, as well as a strong understanding of spiritual identity.  John and his family believe in the school and its mission to improve and support the next generation; John's daughter Trinity attends the school and is thriving there.  In 2012 John's Tree and Landscaping developed a garden bed with the students, and built a playground for them.  John wanted to provide the children with a wonderful place to play, as well as give them the experience of developing land and watching plants grow.

John's Tree and Landscaping will continue to give both excellent landscaping services and give to organizations impacting children and those less fortunate.  Through contributing to social issues, John is able to not just acknowledge where he came from, but to remain grateful and hopeful for growth, for redemption that's available.

John wants this perspective to be contagious.  He wants others to understand that no matter their background, they can make a difference.  He wants businesses to generate positive change.  John speaks to other entrepreneurs in networking groups about this passion.  He hopes to encourage other entrepreneurs to find a higher purpose and to understand that all businesses have the opportunity to have an impact, both in their community, and across the world.